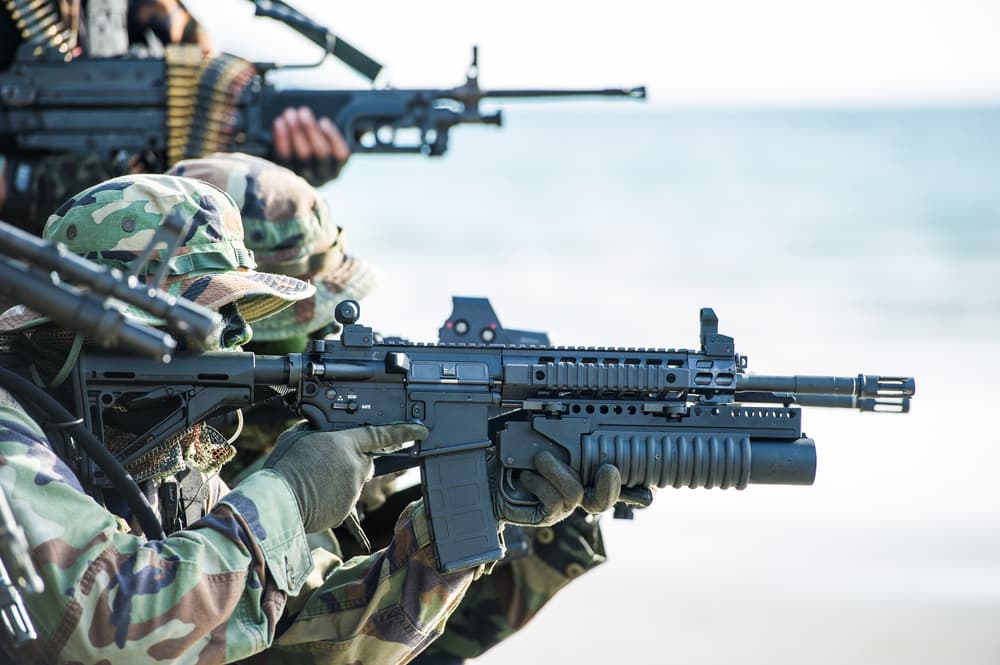 The AR-15 is a semi-automatic rifle mostly open to civilian ownership. Its military version is the M16. While AR-15 and M16 are innovative and reliable rifles with the same 30 rounds magazine capacity, there are differences.

The following write-up jumps right into the heart of the AR-15 versus M16 discussion for insights to help choose between the two.

Matrix Arms is a CNC firearm manufacturer that believes in the right and freedom of people to defend themselves. We’re not only about stocking the most reliable and innovative firearms, but we also believe in values such as honesty and integrity.

The AR-15 design is credited to Eugene Stoner and Armalite, which was meant for the United States Military. However, they sold the design to Colt in 1959 based on the high cost of manufacturing machine guns (a decision they probably regretted).

Eugene Stoner and Armalite also sold away the right to the name AR-15 and AR-10.

Fast forward to today, the AR-15 is one of the most popular firearms in the US, with an estimated more than ten million units owned by civilians. The American Rifle, a name it adopted, is available in an assortment of variations and platforms to serve the needs of every individual.

The rifle started off to a rough start, with issues related to the unchromed chamber, but it cemented its status as one of the most iconic military rifles in history.

The M16 has been going through changes to accommodate the various combat needs of our military. The 1997 M16 adaptation is more suited for the combat environment because of the ability to mount multiple accessories. The only thing that has persisted is the 20-inch barrel.

The AR-15 versus M16 debate often chokes with disinformation depending on intentions or beliefs.

Some refer to the AR-15 as semi-auto and its offspring, the M16, as full-auto. While that may be true to some extent, it doesn’t denote inferiority.

The original AR-15 was full-auto. The current civilian unit only misses a third trigger pinhole to prevent an auto-sear acceptance, which is not required. With the third hole drilled into it, the AR15 ceases to be a semi-auto, but for the sake of the law, we don’t want that, do we?

So Which is Right For Me?

If the current state law allows, a civilian can own an M16, but it’ll take them back several tens of thousands of dollars. The AR-15, on the other hand, won’t tie you down with legality issues and whether you have enough to invest in a piece or Matrix Arms AR-15 parts (at least it’s not as expensive as an M16).

Choose Your AR-15 at Matrix Arms

There are several takeaways from the AR15 vs. M16 debate. AR-15 was the first through the production line and has survived this long because of its reliability and efficiency. The AR-15 is relatively inexpensive and primarily legal in the majority of the states in the US.

At Matrix Arms, we save our customers money with the best AR-15 parts to create a semi-auto rifle that holds a candle to any M16. We believe in innovation, precision, and perfection regarding rifles. Check out our stock here.